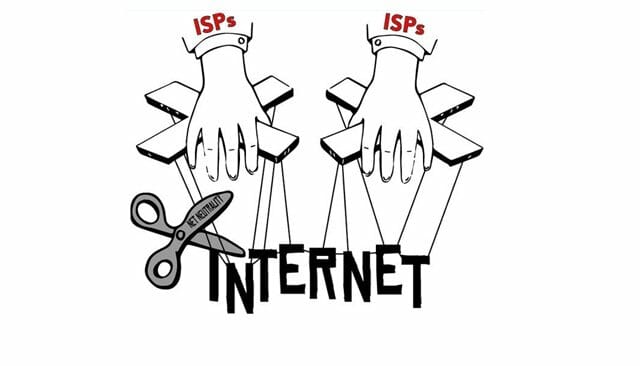 The internet is a hot topic for one reason or another these days. It’s either something breaking the internet with the sort of traffic it’s getting. Or it’s because of a new capability or treasure that we unlock on the internet and spend years playing around with. Then come the different concepts related to the internet that dredge up debates globally these days because of the internet bringing people from all over the world together and closing distances. There are a lot of organizations and government bodies that focus on how the internet is working and pass policies on making things better. Sometimes they work in our favor and other times not so much. One such concept is net neutrality. This term was first coined by a Columbia University professor named Tim Wu as an extension of a term used about telephone systems.

NET Neutrality, What Is it?

In case you missed it, the government has decided to repeal Obama era net neutrality laws. The purpose of net neutrality was to give all businesses, websites, etc. equal access to showcase their products, goods, services, and information. But if net neutrality is repealed, many people fear that companies, such as Google, Comcast, and Spectrum will be able to charge customers more for faster internet speed. If you are a large business, then you can pay to have your websites load quicker than a smaller business. While the government claims that this allows the internet to act as a free market, it is really just another opportunity to hinder and discourage small business owners from being successful. Burger King decided to explain the effects of removing net neutrality to its customers by insisting that customers pay 26 dollars to receive their meal quickly. The price of the meals were based on the time it would take a customer to receive a meal than the contents of the actual meal itself. This mimics net neutrality because companies who do not pay the higher rates will have slower loading times for their websites meaning they will choose to visit sites that load quicker instead. For a look at this humorous Burger King ad click here.

What Does the Appeal of Net Neutrality Mean For Us?

The greatest fear in the wake of the loss of net neutrality laws is that internet service providers will hike their rates and charge customers more for services. They may also charge certain websites and search engines to pay heftier fees depending on what they offer and whether or not they present competition. The repeal of net neutrality means that we could see a monopoly in the way ISPs operate and they could show bias or favoritism depending on their business partners and whether or not they are facing competition in certain areas. Surprisingly, according to an article in the Rolling Stone, 80 percent of Americans are in agreement and support net neutrality.

It’s a sobering thought to think you may have to wait five minutes or so for your favorite website to load or that you may miss out on a search engine because an ISP decided to no longer support it. Net neutrality levels the playing field for web-based businesses and without it we could see some harmful effects to our economy. OPTOFF.

The Dangers Of Genetically Modified Food
Are Smartphones Ruining Your Relationship?
Selfies, Narcissism, And Mental Illness
Social Media, Are You Addicted?
Humans With Superpowers
What Your Phone Knows About You

Do You Still Need A Landline?
It Might Be Time For A Digital Detox
Artificial Intelligence Is Changing The World
ARE SMARTPHONES MAKING YOU DUMB?
What Is Cryptocurrency?
Cell Phones Increase Cancer Risk By 40%