Do Not Vaccinate Your Child Or Yourself 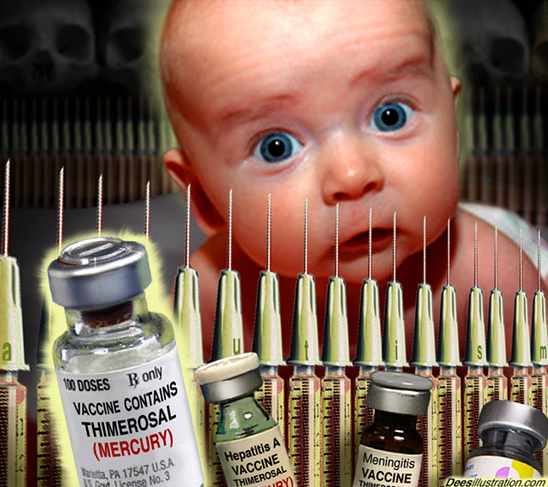 In recent years, there has been much debate whether it is wise to vaccinate your children (and yourself). No matter which side of the argument you find most compelling. You need to know the harsh realities of both the long-term and short-term side effects of mandatory and elective vaccinations. Vaccines such as the flu shot are especially dangerous and have been responsible for many deaths and severe issues with children’s health. In the following article, we shall discuss why these vaccinations are not safe.

The Risk of Vaccination

Of course, your child’s pediatrician is going to tell you that vaccinations are safe. That is what big pharma companies want us to think. However, the majority of these injections have harsh consequences, including serious health issues and have resulted in deaths. The following are the top compelling reasons why vaccines are not a safe option. For more information, check out thehealthyhomeeconomist.com.

Whether or not we are told, every single immunization on the market today is full of dangerous chemicals and metals. Every vaccine put out by big pharma companies contains both aluminum and mercury in some amounts, regardless if  labeled as “mercury free.” As well, some of the most popular vaccines have shown small traces of arsenic, uranium, and carcinogenic nickel. This Health Ranger video explains the ingredients and dangers of Vaccines.

Many vaccines have been removed over the past few years including the Lyme Disease vaccine due to chronic neurological issues. The Rotavirus vaccine due to life-threatening problems with the gastrointestinal system. Although not yet removed, the Gardasil vaccine was recalled due to contamination from glass particles.

Studies have indicated that children with the highest record of regular vaccinations have the most physical and mental issues. Among these are asthma, ADHD, autism, depression, and anti-inflammatory issues.

The Scary Truth About Vaccinations and Your Child

In his Infowars on vaccinations, Alex Jones has found data that proves that infants and young children alike are experiencing higher instances of illnesses such as paralysis, breathing issues, Guillain-Barre syndrome, brain swelling, neurological issues and autoimmune problems as a result of vaccinations. In the following video, he warns us of the dangers of vaccines.

The Dangers of the Flu Vaccine

Perhaps the most widely disputed vaccine is influenza or flu vaccine.  Studies have indicated that the flu vaccine has an efficiency rate of only 67%. The majority of those injected with the flu vaccine ended up having some strain of the flu shortly after receiving the shot.

The flu vaccine is linked to asthma, Guillain-Barre syndrome, narcolepsy, Autism, Alzheimer’s disease and forms of dementia. Young children, the elderly and those with chronic breathing issues ended up having the most health issues as a result of the flu shot. For more information on the dangers of the flu vaccine, click here.

As you can see, vaccines and flu shots have far more dangerous risks than benefits and are one of the reasons why there is an increase in autism and other neurological and physical health concerns in today’s generation. You should seriously take these facts into consideration before vaccinating your children!

This documnetary breaks down the challenges we face with the illusion of healthcare.

Why Are So Many Bees Dying? Are We Next?
TEEN SUICIDE UP FROM CYBERBULLYING
Video Game Addiction
Do You Still Need A Landline?
The Plastic Problem
Cell Phones Increase Cancer Risk By 40%

The Science Behind Climate Change
ARE SMARTPHONES MAKING YOU DUMB?
Is The Internet Giving You ADD?
Diabetes: A Disease On The Rise
Why Spending Time In Nature Is Important
Homeschooling: A New Wave In Education