Are Smartphones Ruining Your Relationship? 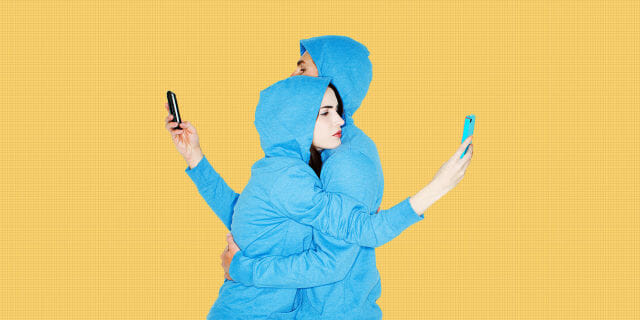 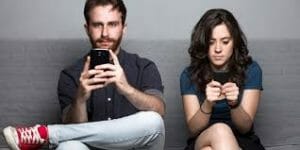 Couples in Love with their screens.

Eight years ago I was given my first smartphone by an employer. Yes, I was a few years behind the digital times. I was an analog type of girl for most of my life, and it was fascinating to have all this technology and information at my fingertips suddenly. Now I too was cool and hip because I joined the billions of other people all over the world that had an I Phone. This distracting little device became like a drug. I noticed that I was continually `playing with it. This magical device was so awesome, but very quickly I realized the harmful effects of owning one and how horrible it was for my relationships. Check out this article from the New York Times explaining how couples are married to their smartphones.
Relationships suffering from to much screen time

If He Texts Me, He Likes Me

I met my ex-boyfriend right after being gifted my first smartphone. Texting each other was fun, and I always smiled when the notification dinged alerting me to his message. It was my first time dating someone as an I phone owner, and it made staying in touch fun. During the courtship, we texted very frequently throughout the day using cute Emoji cons at the end of our flirty sentences. We would like each other’s Facebook and Instagram posts. It was so lovely and, all this communication was very validating and made me feel that he genuinely was interested in me. I never had to wait by the phone or play games he just texted every day.

He Loves his Screen more Than Me

A year after we met we moved in together. My boyfriend worked from home on his computer, and I worked as a nanny and DJ. We very rarely spent time together except for the weekends. I treasured this time, but was getting jealous of his other girlfriends, the I pad and I phone. When we would sit down to have meals, he would always have one his devices next to his napkin and would rarely have a conversation with me. Perhaps because I was new to the Smartphone game, I had not become as addicted like him yet and was not inclined to have my phone with me all the time.

Counting Sheep on Your Screen

At night we both would go to bed early together. My mission was to always fall asleep before him because if I did not, I would not be able to fall asleep if he was snoring, Like clockwork every single night he would be starring at a screen. The brightness of the iPhone made it hard for me to fall asleep and once again we were not having sex because he was already sucked in to screen land. He would invariably say that reading on his I pad or playing on Instagram helped him fall asleep. Screen time before bed is not healthy at all! Read this article.Screens and Sleep 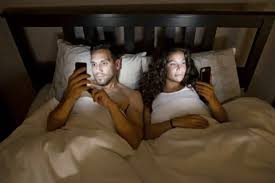 Finally, after a few months of cohabitation, I told him how I was feeling about the other women in his life ( his devices). I mentioned that during mealtime I was missing out on having a conversation with him and wished that he would put his phone away. Honestly, he was not much of a communicator if it did not involve texting. I was craving interaction with him. I also complained about our sex life.
He had the old excuse of being “tired,” and promised that when we got to bed early, we would at least cuddle and make out a little if not make love. I was happy that he agreed to minimize screen time when we were together.

Our little agreement lasted for a few weeks, and I felt more confident and secure in the relationship because he was giving me more attention. He said that he was glad he became more conscious about his screen time and started reading more books and making more love. Sadly, this new device free life did not last long. Within a month his old habits started creeping in. I was frustrated at this point and gave in and became a scrolling zombie like him. This went on for years. Every meal, and every night our faces lit up by screens. Smartphones were the demise of our relationship. We never fought and got along harmoniously, but we were more like roommates than lovers. 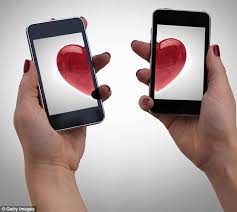 The smartphone is a heartbreaker

Put Down Your Smartphone and Kiss your Lover

Smartphones and Tablets are becoming an epidemic in romantic relationships and marriages. Put down the darn phone! It is ruining your relationship. Only 40% of marriages last these days and dating has changed drastically with all the apps out there. I had to go through a digital detox after that relationship, and I am grateful to have a partner now who is on the same page with me regarding the use of screen time. Make more love and power off your devices! OPTOFF.

What Your Phone Knows About You
Net Neutrality
Humans With Superpowers
No Phones At Dinner Please!
Selfies, Narcissism, And Mental Illness
The Plastic Problem

Video Game Addiction
Why You Should Not Give Your Kid A Smartphone
Are You Addicted To The News?
Ditch The MP3’S And Get A Record Player
The Risk Of GMO Mosquitos, Animals And Humans
What Did Life Look Like Before The Internet?