Cell Phones In The Classroom 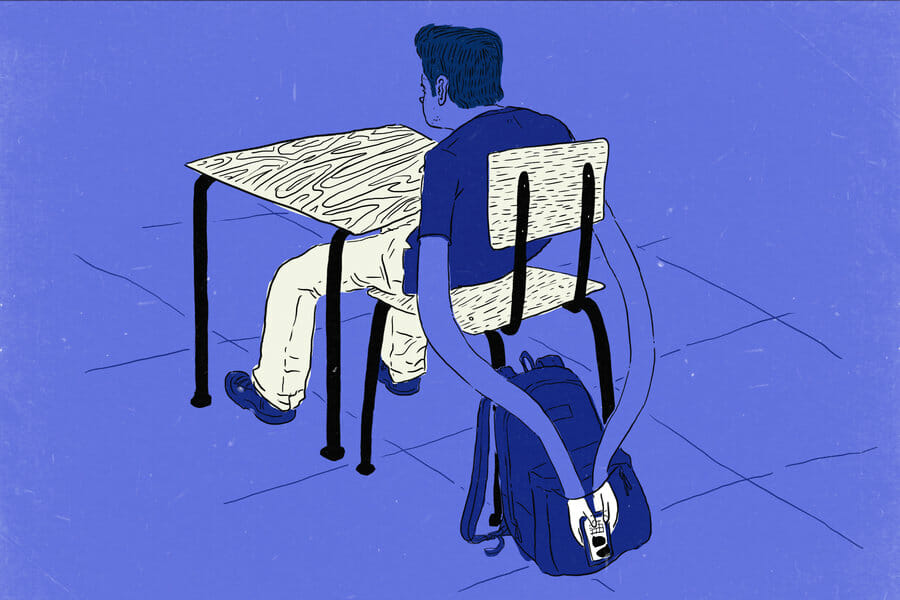 In today’s modern society, a cell phone is an equivalent to a person’s right arm. We use our cell phones for everything. We use them to make calls, as our alarm clocks, to check the weather, give news updates,  and surf the web, etc. They are like mini computers in the palms of our hands. It comes as no surprise then that many students want to use them in the classroom. However, instead of using them as mini laptops for educational purposes, most kids are updating their Snap Chats or looking at Instagram in class.

Statistics of cell phone use in schools

The Atlantic reports that even though the cellphone has the same capabilities as a computer, students are less likely to use their phone for academic purposes and more likely to use them for social media even when given a chance to use them in the classroom. Teenagers especially do not have the maturity to use their time wisely by focusing on their studies instead of surfing the web or watching YouTube videos. So while it may seem practical to allow cellphone use in class, after all, they are readily available, research has shown that the use of cellphones in school actually decreases attention to learning.

Unfortunately, the use of cellphones in school has led to a rise in cyberbullying. No longer do kids just have to worry about someone stealing their lunch money, or picking on them on the bus, but now, when a kid is terrorized by a bully, it is videotaped and uploaded to YouTube for all the world to see. Several students have committed suicide because they have been bullied over social media. When an embarrassing event takes place, it is quickly shared via text and tweet throughout the whole school, turning what used to be an isolated event into a real social nightmare.

Should cell phones be banned from schools?

The short answer, yes. While The Guardian shows that some teachers have been able to successfully incorporate cellphone use in their classrooms, the consensus is that cellphone use in school is a distraction.  Some teachers and schools have allowed students to use their cell phones for self-directed study in class. This seems to be more efficient with students who are making good grades. However, for the average student, having cell phones in schools is proven to be less efficient.

For students to be able to focus on their school work, which means being free from distractions and the fear of cyber bullies, cell phone use should be banned in schools. Many schools have noticed more positive behaviors from their students when cell phones are banned. What do you think, should cell phones be used in schools?

You Are Being Tracked Everyday
Do Not Vaccinate Your Child Or Yourself
Cell Phones Banned in Public Places
Why You Should Not Give Your Kid A Smartphone
The Risk Of GMO Mosquitos, Animals And Humans
Flip Phones The New Smartphone