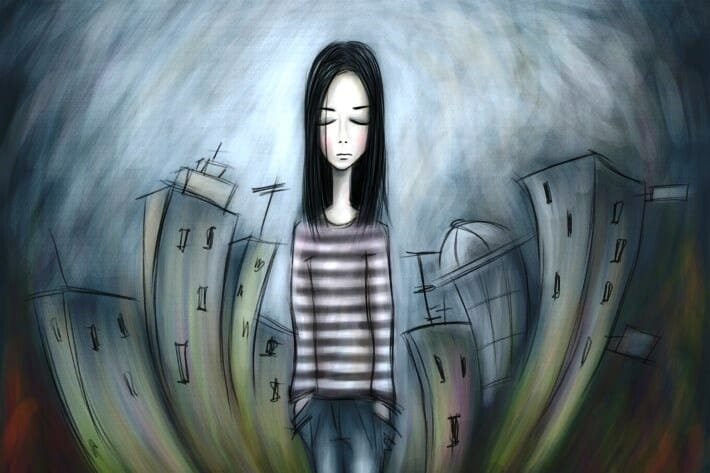 Teen suicide rates have increased in the last eight years after they had been on a decline for almost 20 years. Why the dramatic increase? Some say social media and cyberbullying play a big part in the rise of teen suicide.

Are Facebook, Twitter, Instagram, Snapchat and other social media outlets directly affecting the mental health of today’s teens? Read on to find out more about how social media is contributing the rise of teen suicide worldwide.

Teen Suicide Rate on The Rise

In a study that was recently published in the Clinical Psychological Science Journal, Dr Christine Moutier, Chief Medical Officer of the American Foundation for Suicide Prevention says that the study is not inclusive and that there are a multitude of factors that have caused the increase in teen suicide. Read more about the study in this article.

Dr. Victor Strasburger, a University of New Mexico teen medicine specialist feels that more research is needed as the study only shows slight connection between depression, social media and teen suicide. However, the study also indicated that teens who spend at least 5 hours a day online or on their smartphones are 70% more likely to have suicidal thoughts. As well, 36% of teens who participated in the study say they are severely depressed and have contemplated suicide. So it is safe to say that despite the conclusion of the study, social media does have a direct impact on the mental health of today’s teens.

Social Media and Self Esteem

An article by Parent Into, paired with the Dove Self-Esteem Project, delves into the role of social media and teen self-esteem. Teens spend a great part of their day checking on their social media platforms to see how many “likes” and comments there selfies, tweets and posts are getting. As well, they are bombarded with ads which portray the “perfect” body image as determined by the ad industry. A teenager with low self esteem or body issues may feel triggered by a photo of a size 00 model with photoshopped features. This then contributes to issues such as self-harm, anorexia, bulimia. depression, anxiety and suicidal thoughts.

Bullying has always been an issue for young children and teens, but thanks to social media, today’s younger generation is now vulnerable to bullying via the internet. Cyberbullying can occur via a smartphone, laptop or tablet as well as via instant messaging, apps, and social media forums as well as gaming. It can include anything from posting or sending a hurtful and derogatory comment and spreading rumors about another party that causes them to feel hurt, threatened and humiliated. Cyberbullying often leads to criminal acts and thoughts of suicide or self-harm. Click here for more information on the effects of cyberbullying.

So how do we help our teens? Parents, family, friends, educators and peers alike need to look out for warning signs. As well, parents need to monitor their teens activity online as well as limit the amount of time they spend online. Parents need to pay more attention to their children and address any concerns and seek professional help when and if needed. Talking to your children may save their lives!

THE FEAR OF ROBOTS TAKING OVER THE WORLD
Cell Phones Increase Cancer Risk By 40%
You Are Being Tracked Everyday
Homeopathy Is Becoming Illegal Thanks To Big Pharm...
Online Dating Has Ruined Courtship
Statistics On Cell Phone Use In The world, This Is...

What Is Cryptocurrency?
Living Off The Grid; Now Is A Good Time To Try
Is The Internet Giving You ADD?
ARE SMARTPHONES MAKING YOU DUMB?
Why Are So Many Bees Dying? Are We Next?
The Risk Of GMO Mosquitos, Animals And Humans