Why Are So Many Bees Dying? Are We Next? 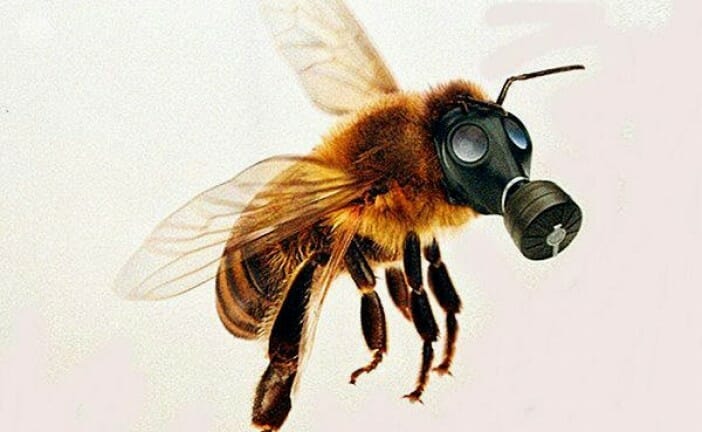 With issues such as climate change, pollution and species extinction raising awareness around the globe, it’s no surprise that beekeepers in the United States are concerned about the dwindling bee population. While many people view bees as a nuisance, they are an essential part of our existence. Not only do they pollinate flowers and make honey, but they also help reduce the level of pollutants in the air. In addition to that, they are an essential part of the food chain, which can significantly impact our future.  It is imperative that we save bees from extinction to preserve the future of the human race, as well as the future of the animal population. Read ahead to find out what steps we can take to stop colony collapses both today and in the future.

The crisis surrounding the dwindling numbers of bee populations has just recently become mainstream news. However, for the past ten years, bee populations have been getting smaller. Although we have yet to stem the tide of colony collapse, the reason for dwindling populations can be attributed to global climate change, the toxic use of pesticides, and even carbon monoxide and other fumes from cars and industrial companies. Bees rely on scent and communication with other bees to find their way home. However, if a bee goes out to collect nectar from a flower and his senses are affected by one of the above factors, he will not be able to return home and will die. This is one of the reasons we see many less wild bees and even the bees cultivated for honey production are decreasing.

If Bees Die, We Die

Although many people are afraid of being stung by a bee and think they are unwelcome pests, we literally could not eat without bees. Bees help to remove pollen from male flowers to female flowers thus ensuring that a crop will be produced. Many fruits and vegetables are a result of these pollinating techniques that are used by bees. Although bees are not the only animals that help with pollination, they are responsible for a vast majority of it and the fact that their numbers are dwindling means that vegetation will start diminishing as well, which will have a ripple effect up and down the food chain eventually affecting human beings. The most significant loss would be the lack of diversity in our food groups. While there are alternative means to bee pollination, such as hand pollination, these methods are much slower and more expensive than naturally occurring be pollination.

How Can We Stop Colony Collapse?

The largest contributor to the bee population die-off is pollution. Human beings have polluted the waterways with oils and sewage and other toxic waste that is harmful the bee population and the animal kingdom as a whole. In addition, we often use poisonous and harmful chemicals/pesticides on our fruits and vegetables. While the idea is to kill off insects that will eat the plants before they are ready to be harvested, these chemicals also affect bees which come to the plants to get nectar and pollinate.

Try using non- toxic pesticides in your garden and plant bee-friendly flowers.  Be more conscious about all living things on this earth. Support Organic farmers and buy honey from local beekeepers. Stop using harmful chemicals in your products around your home and on your skin. If these hazardous substances are killing off bee populations, they cannot be healthy for you either.

The bee die off many not result in the end of the human population, but we will miss out on a significant amount of diversified produce, which will affect all living things that eat and will decrease nutrition in our diet.

Ditch The MP3’S And Get A Record Player
Cell Phones Banned in Public Places
Social Media, Are You Addicted?
Net Neutrality
Do Not Vaccinate Your Child Or Yourself
Why You Should Not Give Your Kid A Smartphone

Media Giants Admit To Brainwashing The Masses
No Phones At Dinner Please!
Living Off The Grid; Now Is A Good Time To Try
The Plastic Problem
Homeschooling: A New Wave In Education
Meditation And Yoga, The New Medication