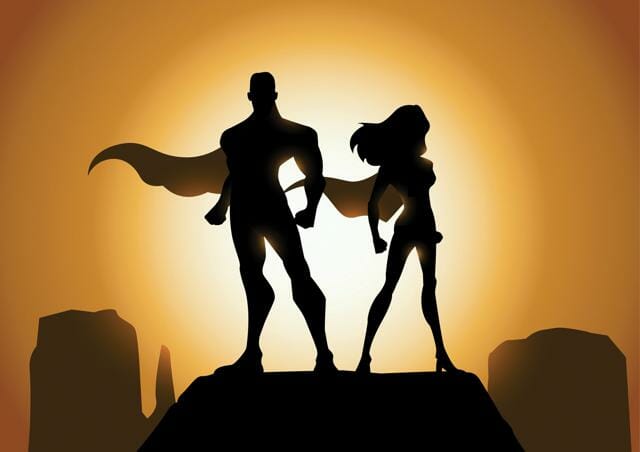 Every one of us would like to have superpowers. Feels nice to know that there’s something special that we could do to change the world. We all want to have that something special within us that sets us apart from everyone else. That’s how humans work. There are such humans with extraordinary gifts. Superhumans are real and are just not celebrated enough. It’s true that they don’t have superpowers like invisibility and flying but there are still some very special humans with pretty cool superpowers that we’re going to start talking about.

Have you ever heard of Kevin Richardson? Well, if you were a lion, you probably have. Kevin is a man with a unique ability to communicate with lions. He studied their movements and mannerisms so much that he was able to become accepted by lions as one of their own. In this video on Sapien Plus, you can see Kevin sitting with the lions and stroking their manes. You would think he was petting a cat or a family dog and not a ferocious wild animal that could eat him for breakfast. The fact that he can be so comfortable with such majestic beasts is nothing short of amazing and shows we have a lot to learn about the animal kingdom and our connection with nature.

An Amazing Autistic Artist with a Photographic Mind

Society seems to hold a stigma against people with autism. However, those who are closest to people diagnosed with autism, know that they are some of the most genuine, unique, and incredible individuals this world has to offer. Take Stephen Wiltshire, for example. Diagnosed with autism at the age of three, like Albert Einstein, he didn’t say his first words until the age of five. However, he has a unique ability to remember what he has seen even at a glance. What is more impressive, is that he can artistically create what he has seen on canvas in perfect detail so specific you wonder how he could have remembered all of that form a single glance. To see some of his work visit NationalGeographic.com.

Levitating Humans, the Power Of the Mind

After reading these articles and watching the videos, it is astonishing to see what mankind can do when we put our minds to it. There is nothing in this world that we can’t accomplish if we stay focused and dare to think outside of the box. OPTOFF.

Media Giants Admit To Brainwashing The Masses
Are You Addicted To The News?
Ditch The MP3’S And Get A Record Player
Do Not Vaccinate Your Child Or Yourself
Why Are So Many Bees Dying? Are We Next?
Online Dating Has Ruined Courtship

What Your Phone Knows About You
Flip Phones The New Smartphone
Virtual Reality: The Dangerous Mind Game
Social Media, Are You Addicted?
Diabetes: A Disease On The Rise
Cell Phones In The Classroom