Statistics On Cell Phone Use In The world, This Is Frightening 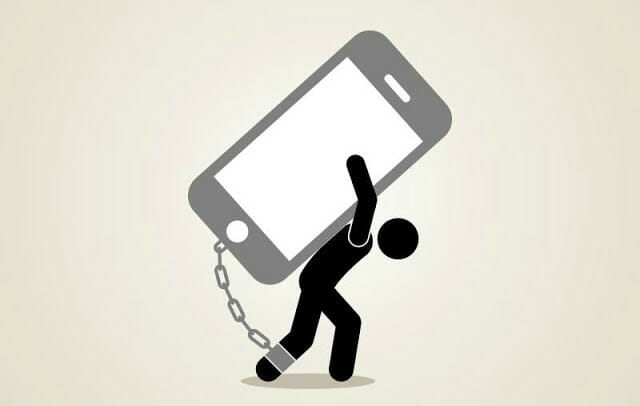 Coffee used to be America’s drug of choice with people joking about having to hook an IV up to their veins to get through the morning. However, there is a new drug hitting the market and people literally can’t get it out of their hands. Cell phone usage has become an addiction with most people checking their phones 80 to 100 times a day. People can’t even leave the house or figure out where they are going, without their phones.

There are more than seven billion people in the world. Out of that seven billion, more than half use cell phones, that is including children. According to statista.com because of the popularity of smartphones, that number is expected to increase from 56 percent of the world’s population owning a cell phone to 67 Percent by 2019.  The all-in-one nature of these gadgets has increased their usage among the broader population. It has almost become a necessity to carry a cell phone now, wherever you are.

How Often do Americans Check Their Phones?

According to an article in the New York Post, Americans check their phones 80 times a day, or every 12 minutes. Being that I checked my cell phone at least that many times at work today, I would have to agree, the numbers are alarming. Almost a third of the population experience separation anxiety when they are away from their phones for an extended period of time. Cell phones have become the new American drug of choice.

Cell phone addiction is a real phenomenon that is taking over our society. According to an article on DailyInfographic, 1 in 4 drivers texts while driving and more than 50% of adults check their phone while at the steering wheel.  It is no surprise then that we are seeing an increase in traffic accidents and even deaths perpetrated by the use of phones while driving. Unfortunately, these numbers are increasing due to social media and the need to keep followers up to date with our daily activity.

We have shifted everything onto a smartphone. To bring some perspective back into our lives, let’s put our phones down and do some things the conventional way for a change. Paint on an actual canvas instead of the drawing app on your phone. Replace your phone with a real alarm clock when taking a nap. Go for your morning run without your iPod for once. Spend time with your pet instead of the ones on YouTube.

How Many People Use Social Media?

Statista.com estimates that almost 3 billion people worldwide use social media. Most of that usage comes from smartphones. With social networks at the tip of your fingers, it is no wonder why so many people have joined social media sites. Unfortunately, the use of social media has come with repercussions as people are sharing more about themselves, including private issues, across a public platform. The issue of privacy and having a positive social media presence is getting a lot of attention as more people begin using these platforms.

Cell phones started out as a means for keeping in touch with family and friends while we were away from the house. But now we use cellphones for everything. Some people are so addicted to their phones they even take them in the shower. The sheer magnitude of our addiction to these little devices is overwhelming. OPTOFF.

RFID Human Microchip Implants Becoming Mainstream
The Powers Of The Human Mind
Virtual Reality: The Dangerous Mind Game
Video Game Addiction
The Science Behind Climate Change
YONDR, A New Way To Not Use Your Phone

RFID Human Microchip Implants Becoming Mainstream
Are You Addicted To The News?
THE FEAR OF ROBOTS TAKING OVER THE WORLD
Are Smartphones Ruining Your Relationship?
Cell Phones Banned in Public Places
No Phones At Dinner Please!