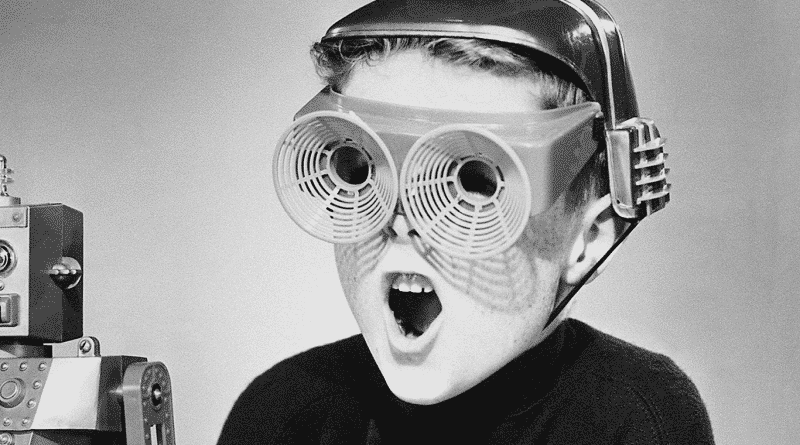 Video game producers are seeking ever increasing ways to make the game more realistic to players. They went from having 2D video games to 3D games and movies where it seemed like you could interact with the screen, and then to first-person player games like Call of Duty. These games are so realistic that people have trouble escaping from the game and integrating into real life. And now things are being taken to another level with virtual reality.

What is virtual reality?

Virtual reality is the ability to take a fictitious environment and make the user feel as if they are actually in the environment through visual and audio enhancements. As Mashable explains in this video, it takes more than altering sight and sound to create virtual reality; otherwise, it would be nothing more than a 3D experience. Virtual reality means that the user can interact with their environment. When their head turns, they see a new angle or portion of the world similar to real life. They should have the ability to move around and explore the environment and interact with it creating “immersion.”

The dangers of virtual reality

After watching the video above, and others like it, virtual reality seems like a lot of fun. But before you run out to get your own set, there are some things to consider. The virtual reality set, while opening your eyes and mind to a brand new world, leaves you completely blind in the real world. This means you are at risk for falls and bumping into things. An article on cnn.com suggests you have someone watch over you while you play to minimize the risk of harm. Also, because the headset sits directly on your face, it’s the epitome of what your parents warned you about as a kid when they said, “Don’t sit too close to the TV, it will ruin your eyes.” Many doctors are worried about the effects virtual reality helmets can have on the player’s eye site.

Just say no to virtual reality

Currently, virtual reality is not a reality for many consumers. The equipment required is expensive for the average person and to create an immersive experience like the one described in this article on The Guardian, takes a lot of extra cash. Also, human beings need to socially interact with one another, preferably in person. The world of virtual reality may have some people opting to stay home rather than interacting with and participating in the real world around them.

Virtual reality seems like fun, but there may be some legitimate concerns. One of the main concerns surrounding virtual reality, as with social media, is will people become too consumed with the virtual world that they miss out on reality? People are spending too much of their precious time trying to be somewhere else. OPTOFF.

Humans With Superpowers
Meditation And Yoga, The New Medication
Ditch The MP3’S And Get A Record Player
What Is Cryptocurrency?
The Harmful Effects That Screen Time Has On Babies...
YONDR, A New Way To Not Use Your Phone