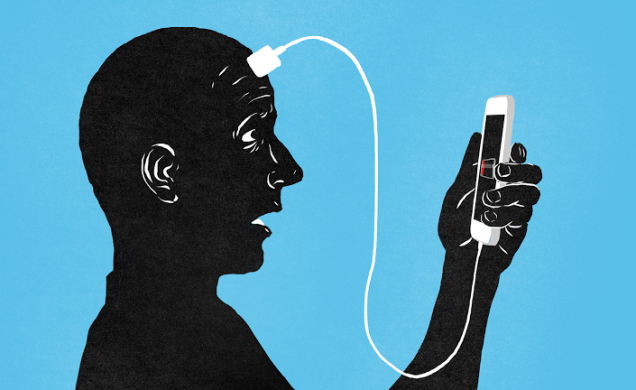 Smartphones, are they really all they’re cracked up to be? Recent studies have indicated that instead of making us smarter, as the name suggests, they are actually making us less intelligent.Think about how much time you spend on your Android or iPhone…texting, playing games, using various apps, surfing the web. Have smartphones taken the place of genuine human interaction thus dumbing down our IQ and social skills? Read on to find out more.

Are smartphones making you dumb?

In a recent study at the McCombs School of Business at the University of Texas at Austin, students were asked to complete basic skills tests on a computer program to measure their cognitive skills. Every student was asked to silence their smartphone, some were allowed to have them nearby, and others were not. Those students who had access to their phones performed much lower than those who did not have their phones with them. The researchers thus concluded that our ability to focus is decreased drastically when our cell phones are anywhere in the near vicinity because we are so used to focusing on our phones that it takes away from our ability to focus on the task at hand. For more on this study, watch the news clip below.

Can you read a map?

Gone are the days of atlases and roadmaps. Paper maps have been replaced by Mapquest and GPS systems. We rely on GPS systems and mobile mapping apps to get us from Point A to Point B without even an ounce of planning on our part. If someone asked us how to get somewhere, we probably wouldn’t  be able to tell them without pulling up the GPS app on our smartphones.

We used to be taught how to read maps in elementary school.  Students nowadays have no idea how to read a paper map. If they need to go somewhere, they just pull out their smartphone and type in the destination and follow the directions like mindless robots. This is yet another way in which technology is dumbing us down instead of helping us. For more on how GPS systems are taking over our brains, read this article.

Is Google taking over our ability to recall facts?  Dr. Richard Carmona, President of the Canyon Ranch Institute and former U.S. Surgeon General, says that while Google does help us learn more, it also takes away from our brain’s ability to process and recall information. Our brains are overloaded with information, and since Google can find the information at a quicker rate, we tend to rely on Google more than taking the time to remember things on our own. Or taking the time to research and recall things other ways. Read here for more.

So put away your smartphone. Spend time talking to the people around you. Pay attention to your surroundings. Take the time to search your brain instead of the internet. You might actually learn something new! OPTOFF.

What Is Cryptocurrency?
Why Are So Many Bees Dying? Are We Next?
The Plastic Problem
Humans With Superpowers
TEEN SUICIDE UP FROM CYBERBULLYING
Amazon GO – Know Before You GO

Net Neutrality
The Harmful Effects That Screen Time Has On Babies...
The Risk Of GMO Mosquitos, Animals And Humans
Amazon GO – Know Before You GO
Cell Phones In The Classroom
Living Off The Grid; Now Is A Good Time To Try