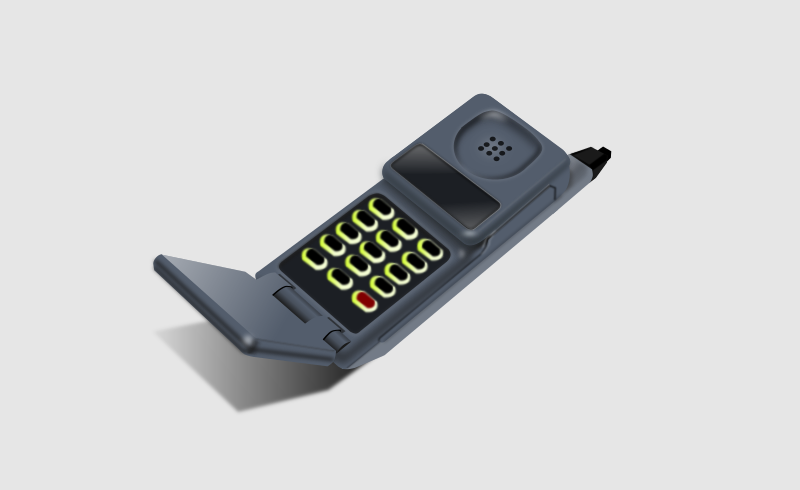 Smartphones have become the new epidemic that is hitting us globally. There’s hardly anyone in ten people or so who isn’t carrying his/her smartphone in their pockets. It’s always there, waiting to get picked up. And if you don’t do it for a while, it calls you – literally – with its insistent pinging sounds. It could be considered the best pass time ever or the thing that keeps us the busiest. So busy, in fact, that we hardly ever take out the time for real activities and relationships. For years people with flip phones have been the brunt of jokes aimed at the older generation. If you used a flip phone, then it was assumed you were over the age of fifty.  However, instead of falling into the technological abyss, flip phones are making a surprising return in cellphone usage.

My Flip Phone Makes Me Happier

A teen writer for Seventeen has traded in her iPhone for a flip phone, and she says she has never been happier. Let’s face it, keeping up with social media can be a full-time job. Trying to catch up on your friends’ posts for the day on Facebook can take hours. Not to mention the group text messages, Instagram, and Snap Chat updates take a while to get through as well. We literally use our smartphones as a lifeline to keep up with friends and family, news, entertainment, games; you name it. With so much coming at us at one time, it can be overwhelming and trigger anxiety. Well, Janey Litvin found a way around the cell phone addiction. When her iPhone broke, instead of getting it fixed, she decided to replace it with a flip phone, and she says she has never been happier. The simplicity of using a cell phone just to make calls and texts allows her the ability to really take time out and connect with her environment.

Flip Phones vs. Smartphones, the Statistics

While the majority of people are caught up in the trend of owning the newest smartphone, a small group of people are remaining true to the simplicity of flip phones for a number of different reasons. Money would be one of the most obvious reasons to not follow the latest cellphone trend. However, some companies offer smartphones for free when you sign up with them, and so why are flip phones still in use? According to Time, millennials, in particular, are opting to continue to use flip phones because they recognize how overwhelming it can be to have access to so much information at the palm of your hand. They are choosing instead to live lives reminiscent of the past even going so far as to use paper maps for direction. Although we have moved on from flip phones, there’s a lot to be said about the advantages of that simpler age. Life before smartphones indeed did have its perks and suited lifestyle in some ways that smartphones don’t. People have adjusted to smartphones, and it’s undoubtedly a way of life for a majority of millennials today. But it needs to be kept in mind that not all of them prefer to live their lives the same way. Some of them want to sing their tunes, dance to their own slow-paced life and they feel happier that way. According to a 2014 Forrester report, 30% of 18-24 years old users use iPads and 34% of 25-34 years old customers of non-smartphones have tablets instead.

The Evolution of Cellphones

The first cell phone ever created in the 1980’s was a monstrosity of a beast. It was huge, bigger than cord phones, with long antennas to improve service. Over the years the cellphone became smaller and more sleek in design, and incidentally, more fragile. Rahul Chowdhury explores the evolution of cellular devices in this technological blog.

Although it is a norm for the millennials to stick to their phone and walk into poles with their eyes on their screen and thumbs continually scrolling and clicking, it is not unheard of for some of them to want to stick to the more straightforward flip phones. Smartphones are the leaders of the industry, but not the only players, unlike what a lot of people believe. In fact, flip phones have become the new smartphones of this age.

Designer Babies – The Wave of the Future is Here
How Your Smartphone Is Damaging Your Spine And Han...
You Do Not Need Your Smartphone In Puerto Rico
Artificial Intelligence Is Changing The World
YONDR, A New Way To Not Use Your Phone
Ditch The MP3’S And Get A Record Player

ARE SMARTPHONES MAKING YOU DUMB?
Cell Phones In The Classroom
Are You Addicted To The News?
The Science Behind Climate Change
Net Neutrality
RFID Human Microchip Implants Becoming Mainstream