The Dangers Of Genetically Modified Food 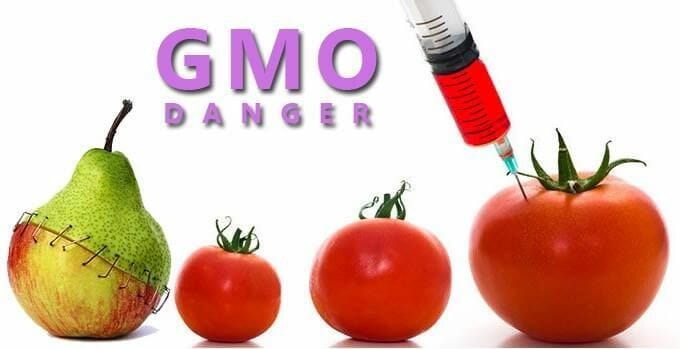 Genetically Modified Organisms, or GMO, are in so many of the foods we consume on a daily basis. And it has been proven time and time again that GMOs are not safe in any form. So why hasn’t the government or FDA done anything to remove GMOs from products? And what exactly are the dangers of GMOs? Read ahead to learn more about the dangers of GMOs.

What is GMO food?

A GMO (or genetically modified organism) is an organism or microorganism whose genetic makeup has been somehow altered through the means of genetic engineering. This process then creates new forms of animals and plants, as well as viral and bacterial genes that do not naturally occur. GMOs are contained in many of the products that we consume or use on a daily basis.  As this has become a growing concern, the Non-GMO Project has come up with a set of risk levels to keep consumers informed of the GMO content in their food. The categories are as follows:

Monitored Risk: This would classify any new products on the market that are being tracked for traces of GMO.

Non-Risk: These items do not contain GMOs

Low-Risk: These foods are not known to be produced with or and do not contain GMOs

What are the dangers of consuming GMO foods?

So what exactly are the dangers of eating foods that contain GMO? Do they take away from the nutrition? Can they cause physical illness? Following are some of the more serious dangers of GMOs. For more info on the health effects of GMOs, click
here.

The vast majority of crops grown in the US is a result of GMOs. These genetically modified seeds come from crops that use GMO seeds in order to lower production costs while increasing the crop. This, in turn, contaminates neighboring farms, making their crops unsafe. And as the use of GMO food is spreading worldwide, raising the concern about the safety of global food supply.

Harmful to the Environment

As the majority of GMO seeds are designed to resist insect infestation, environmentalists are concerned that GM0 farmers would then rely more heavily on pesticides which contain harmful and often poisonous toxins. In addition to the fact that this increased health risks in humans, it is also a danger to other plants and animals such as insects and birds. GMOs have been linked to the deaths of both farm animals and wildlife alike.

GMOs have been linked to a number of health issues in recent years including a rise in allergies, infertility, autoimmune disease, Alzheimer’s and dementia, cancer, and gastrointestinal issues, in addition to many other chronic health conditions.

Why the Government doesn’t want you to know about GMO foods.

In a 2016 study by the Pew Research Center determined that over a third of the American adult population believes that GMOs are dangerous. This is in direct opposition to another study by Pew that indicates that almost 90% of government members and scientists feel that GMOs are indeed safe to consume.

So why the discrepancy? As genetically engineered foods a multi-million dollar business, of course, the government is not about to let us know that they are dangerous. For more information on the government conspiracy concerning GMOs, check out this article in the Washington Post.

What Monsanto does not want you to know

According to a 2-year study by University of Caen Professor Gilles-Eric Seralini in the Food And Chemical Toxicology Journal, laboratory rats that were fed corn grown with Monsanto’s Roundup Ready yield a significantly higher rate of tumors than those who were raised on non-GMO corn.

Monsanto’s  disputes this stating that laboratory rats are genetically prone to cancer and stand behind their stance that their products are safe. For more details of this study, click here.

So as you can see, GMOs are not safe, deadly in fact. And yet the government and farm industry continue to insist that they are 100% safe. It is up to us as consumers to protest this by only purchasing non-GMO foods, not just our own safety, but the health and well-being of future generations.OPTOFF.

Selfies, Narcissism, And Mental Illness
You Are Being Tracked Everyday
Humans With Superpowers
Virtual Reality: The Dangerous Mind Game
Do You Still Need A Landline?
What Your Phone Knows About You

Selfies, Narcissism, And Mental Illness
Homeopathy Is Becoming Illegal Thanks To Big Pharm...
Why You Should Not Give Your Kid A Smartphone
The Powers Of The Human Mind
Designer Babies – The Wave of the Future is Here
The Harmful Effects That Screen Time Has On Babies...